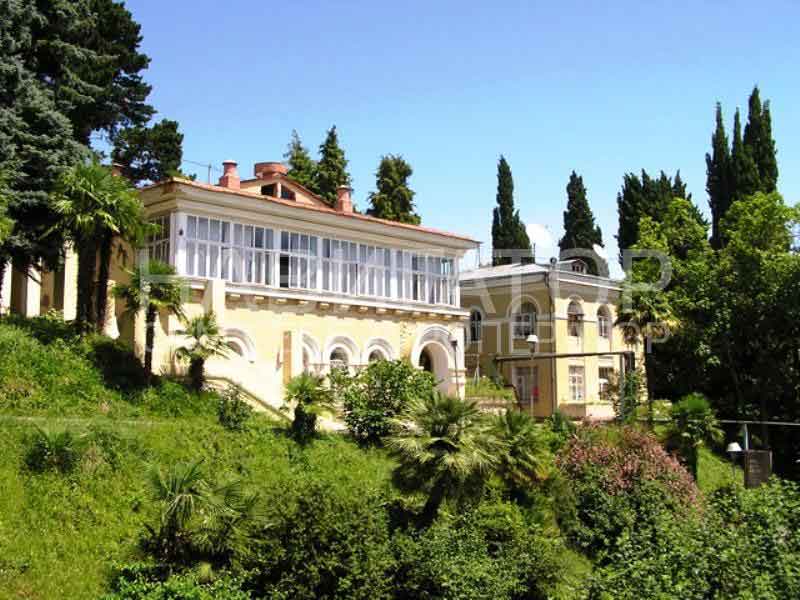 Russia’s only subtropical resort city stretches along the Black Sea coast for 145 km. The area of Greater Sochi is divided into four districts: Adlerskiy, Khostinskiy, Central and Lazarevskiy. The spa and resort complex of Sochi is the largest in Russia. More than 50% of the resort potential of Krasnodar Krai is concentrated in the city.There are 227 different health and resort institutions, hotels and tourist centres in Sochi, with a total capacity of about 70,000 in the summer, and about 50,000 visitors can be accommodated in Sochi year-round. The spa and resort complex of the city is represented by comfortable health resorts and 4-star world-class hotels, and the less expensive, but equally comfortable, health resorts, hotels and private boarding houses.

The average summer temperature in Sochi is 26.5° C, and the temperature of the seawater is 24.5° C. There is no winter, in the usual sense of the word in the resort city, with the average winter temperature being about +8° C.

The wonderful climate, the clean sea, the fresh sea air, the unique landscape, and the lush southern vegetation – all these contribute to the improvement of people’s health.

Mineral springs of the river valleys of the Matsesta, the Agura and the Khosta, flowing through the territory of Sochi, helped the city to emerge as a spa and climatic resort since the days of antiquity. The best known are chloride-sodium waters of the Matsesta. In 1902, a bath building was constructed there to sell Matsesta procedures. The first resort facility – the hotel complex Kavkazskaya Riviera Spa Resort with an electric, light and water therapy hospital, bathhouse, laboratory, concert hall, casino, restaurant, café, and a reading room – was opened in Sochi in 1909.

Today there are more than 50 mineral springs of the balneological and drinking profile in Sochi Region. Hydrogen sulphide and bromine waters are the ones most widely used at present. The practical application of balneological and drinking mineral waters has greatly expanded the list of illnesses that can be treated successfully at the Sochi resort.

The Sochi resort also has large reserves of therapeutic mud. The Imereti deposit of silt therapeutic mud, located in the Adlerskiy District, occupies an area of about 400,000 sq. m. Its reserves total more than 2.5 million tons. Adler mud has good heat-retaining capacity and high plasticity. According to its physical and chemical properties, it is referred to silt mud type. The best-known deposits of this type are located in Staraya Russa, Haapsalu, and Sadgorod.

Using the most modern medical equipment, the latest techniques, in combination with the unique natural factors, experienced balneologist doctors achieve significant results, and thus successfully solve the important task of the state, to improve the health of its citizens.

The most favourable climatic season for therapeutic programmes is the off-season – from October to June.

However, concern about one’s health is not the only reason for a trip to the resort. The calendar of the resort city includes such exciting events as the Russian national and international film festival Kinotavr, the theatre festival Sochi Velvet Seasons, fashion festival Mellow Seasons in Sochi, organ and jazz music festivals, the KVN Festival. Sochi also hosts the Club World Billiards Championship, an international cycling race, regatta, rally, Russia Mountain Bike Championships, and international trade fairs. Excellent children’s festivals are also hosted, such as the Dance Magic, Kinotavrik and Magic of the Tale.

A stay in Sochi is not only a relaxing holiday at the sea, but also a memorable adventure with rafting on a wild mountain river, rising on a balloon, paragliding, climbing high mountains to snowy peaks and alpine meadows… Adventure-seekers have a great choice: hikes of any complexity, mountain biking, caving and potholing routes, skiing, rock climbing, horse riding, mountaineering, canyoning, jeeping on the land, wind surfing, scuba diving, sailing, riding seaplanes, jet skis in the sea.

One of the most promising areas for investing is Krasnaya Polyana situated behind Adlerskiy District. This is fabulous mountain country, located just 40 km from the coast, a small Russian Switzerland at an altitude of 600 m above sea level. This is a mountain resort with a great future, which is being realised today, with the implementation of the concept of urban and environmental development of Krasnaya Polyana.

The natural environmental conditions of Krasnaya Polyana – the sea of snow, and a mild winter – allow this region to develop as a winter resort. An active construction of new ski runs, ski lifts, hotels, and other elements of the tourist infrastructure are being carried out.

Fans of extreme skiing can go up above the clouds in helicopters, to the tops of mountains, reaching the height of more than 2,000 m in this area. Krasnaya Polyana attracts lovers of rafting to its mountain rivers. Water tours have varying degrees of difficulty, so they can be used by experienced athletes, beginners and even children.

In the mountains, the air temperature drops by 6 °C every one thousand metres. Therefore, if it is +25 °C on the coast, it is no higher than +7 °C at the height of 3,000 m. In this regard, Krasnaya Polyana offers its visitors a unique package – skiing and swimming. After having skied to your heart’s content, in just half an hour, you can be on the coast, swimming in the sea.

Sochi is the best place for the rehabilitation of athletes, especially during the “slow season” from October to April. All the necessary conditions for this are found here: stadiums, football fields, tennis courts, gyms, sports facilities, well-developed infrastructure, powerful therapeutic and diagnostic facilities and the unique natural conditions of the resort, which facilitate a rapid recovery of vital functioning. And the seasonal price levels for accommodation services distinguish Sochi positively, as compared with similar European resorts.

Businessmen can hold congresses and conferences of various levels in Sochi, and the comprehensive services in a 4-star hotel for 5 days will cost them 1.5–2 times less, than they would pay for a similar forum in a hotel in the capital.In summer the political elite moves to Sochi, which allows the country’s leadership to combine active recreation with work on current affairs – to invite the heads of foreign states, Russian and foreign politicians, leading bankers and businessmen to Sochi for vacations and business meetings, or to conduct large-scale international meetings and forums.

* Information from the official site of administration of Sochi