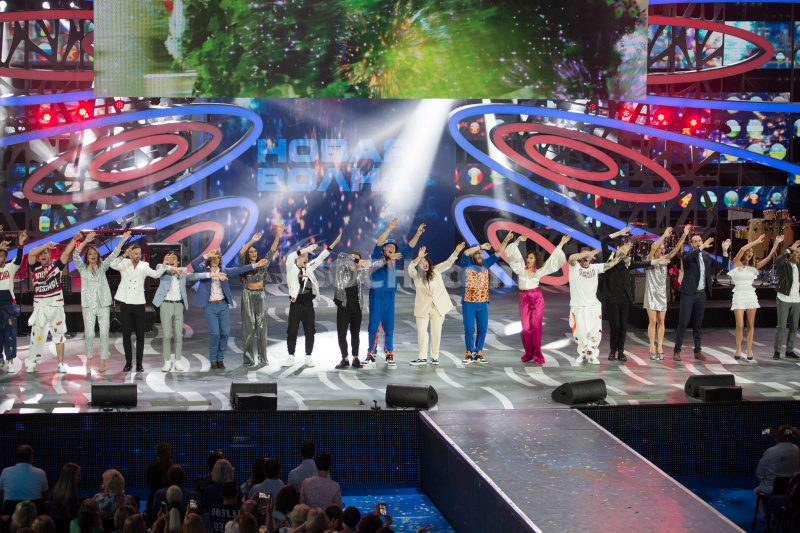 One year has passed very quickly, and it is time for us again to cheer stars of the ‘New Wave’ on the red carpet.

The Grand Opening of the ‘New Wave’ Ceremony of the International Contest of Young Pop Singers took place at the ‘New Wave Hall’ on September, 4. The area surrounding the Olympic Park turned into the meeting place of the best performers of show business, both from Russia and far beyond its borders. On Contest Day 1, the audience enjoyed the performances of Philipp Kirkorov, Dima Bilan, Valeriya, Ani Lorak, Sergey Lazarev, Alsou, Feduk, Alexey Vorobyov, and many others.
On that day, the singers, contestants, and spectators gave tribute to memory of the artist who every year performed on the New Wave stage – the artist, without whom it is impossible to have a full picture and understanding of the Russian pop music. Igor Krutoy initiated that the spectators who were present in the hall would commemorate  I. Kobzon who had passed away some days before. The audience stood up from their seats, turned on their mobile lights and listened to the song “Ya ne veryu” (“I do not believe”) that was performed by I. Kobzon two years ago with the Kuban Cossack Choir at the anniversary evening of Oleg Gazmanov in Sochi. However, the ‘show must go on’ because, according to his colleagues, such stars  will always be cherished in memory.

Like other big concerts of the New Wave, the Grand Opening Ceremony was featured with the performance of a true headliner. This time it was Luis Fonsi, the singer of the main hit song of this summer ‘Desposito’. His song, indeed, turned the concert hall into a spacious dancing floor.