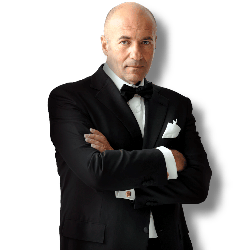 General Producer of The Contest, People’s artist of Russia, composer, President of the “ARS” holding

Igor Jakovlevich Krutoy was born on July, 29th, 1954 in the city of Gajvorone of the Kirovograd region. In the childhood Igor independently learned to play the bayan (chromatic button accordion) and performed with school ensemble. After graduation from the music school Igor Krutoy entered the theoretical faculty of the Kirovograd music school from which he graduated with distinction in 1974. He was not able to proceed to the Kiev conservatory because of a failed exam in the Communist Party History. Since 1975, Igor Krutoy taught music classes at a rural school.

In 1979 Igor Krutoy graduated from the conducting and choral department of Nicholas Musical Pedagogical Institute. In the mid 80-ies young composer met with the singer Alexander Serov, for whom he soon began to write songs. In 1986 and 1987, Serov won at international competitions with Igor Krutoy’s songs called “Vdohnovenye” (Inspiration) and “Sudbe nazlo” (In Fate’s despite).

Since 1989, apart from creative activities Krutoy starts to engage in producing activities. He heads the “ARS” company at first as an Art Director and later, since 1998 – as a President of “ARS” holding. The largest Russian media holding company “ARS” includes television channel “Muz-TV” and three radio stations – “Love radio”, “Radio Dacha” and “Xfm”, television festival  “Song of the Year”, three international competitions – the “New Wave” , “New Wave Junior” and “Version 01”, ”Copyright Independent Agency” (CIA) and “Music Publishing”, “ARS-Records”, “ARS-Concert”, “ARS- Production”, the company has an extensive database of artists. Years since the start of the “ARS” holding company have proven that Krutoy’s creative drive, enthusiasm, passion for music, hard work and business management talent are  keys to unbeatable success of his prejects.

Since 1994, the “ARS” holding company stages shows featuring creative works of the People’s Artist of Russia, composer Igor Krutoy, that are performed by  Russian star musicians. In 2002, Igor Krutoy, together with composer Raymond Pauls, initiated the “New Wave”  international contest of young singers of popular music in Jurmala. Igor Krutoy and Raimonds Pauls are co-chairing the Jury of the contest.

In 2004, Igor Krutoy acted as a producer of the popular Russian television project “Star Factory – 4” (similar to «American Idol»). Ratings in particular of his “Factory” are still the highest of the whole project.

Igor Krutoy’s creative, composing, performing and producing talents are appreciated and recognized by the Government. Igor Krutoy is the winner of the Lenin Komsomol Prize, Merited Artist of Russian Federation (1991) and People’s Artist of Russia (1996).

Participation in Igor Krutoy’s projects, performance of his songs, cooperation in his endeavors  are perceived as a great honour by show-business stars and genuine artists. Music created by this brilliant composer has become an integral part of Russian music culture in the late XX – early XXI century. This outstanding composer’s creative work has established a specific musical quality paradigm. The scope of  his talent is obvious and incontestable. His music has won hearts of millions of fans. The maestro’s creative hard work, talent and sense of purpose have driven his success and boosted huge popularity in public.

The obvious results of many years of guidance and development of the “ARS” Holding Company have shown that the versatile gifts of Igor Krutoy’s personality can open up new horizons – both in business, and creative arts. A wise businessman, an excellent musician, an wonderful personality – all these qualities contribute to the prosperity of the Holding Company directed by Igor Krutoy. The creative strides of this outstanding composer have earned the genuine nation-wide public love and international recognition.